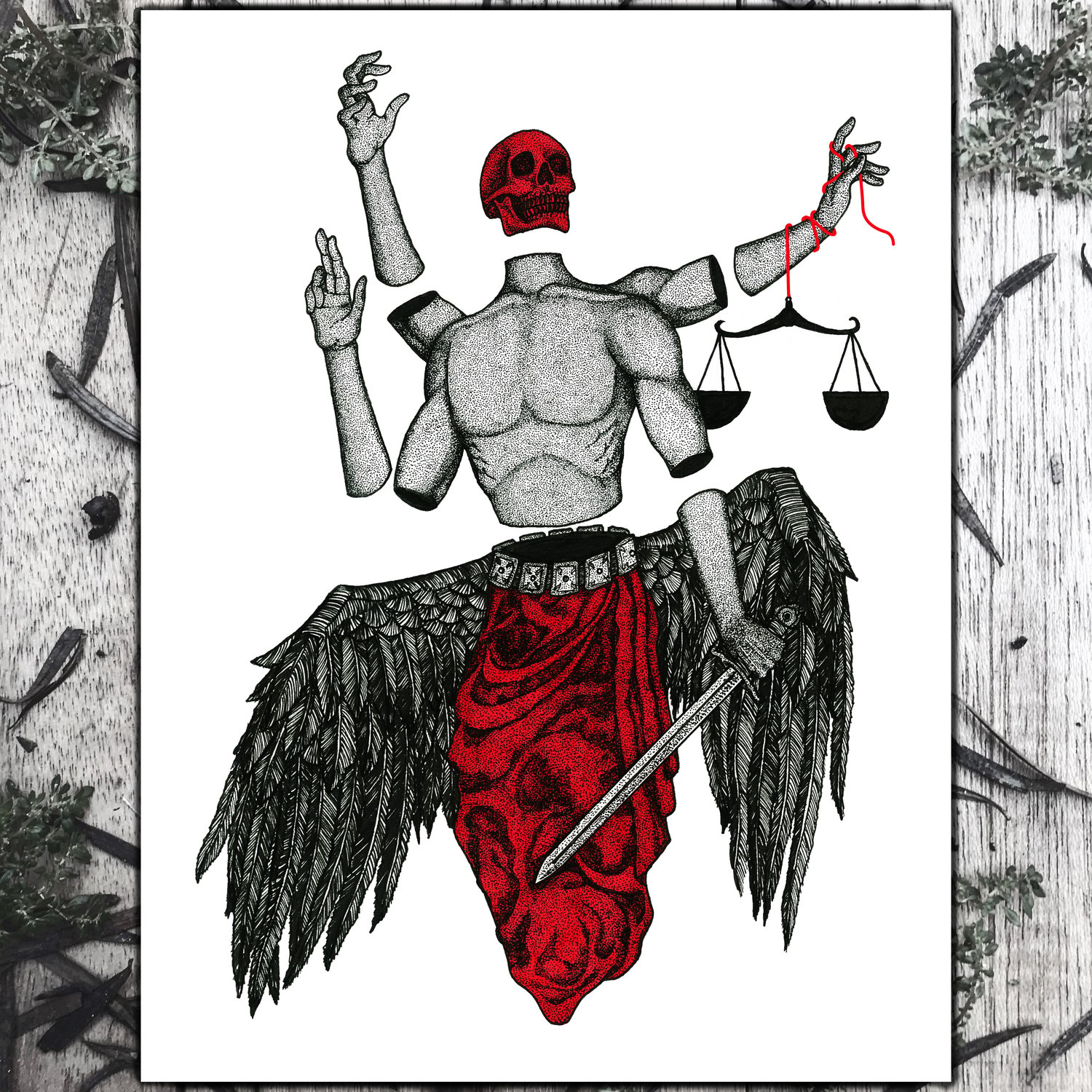 He is often said to carry a flaming sword and perfectly balanced scales which he uses to weigh souls.

Every time you pray, it is Gabriel who answers.