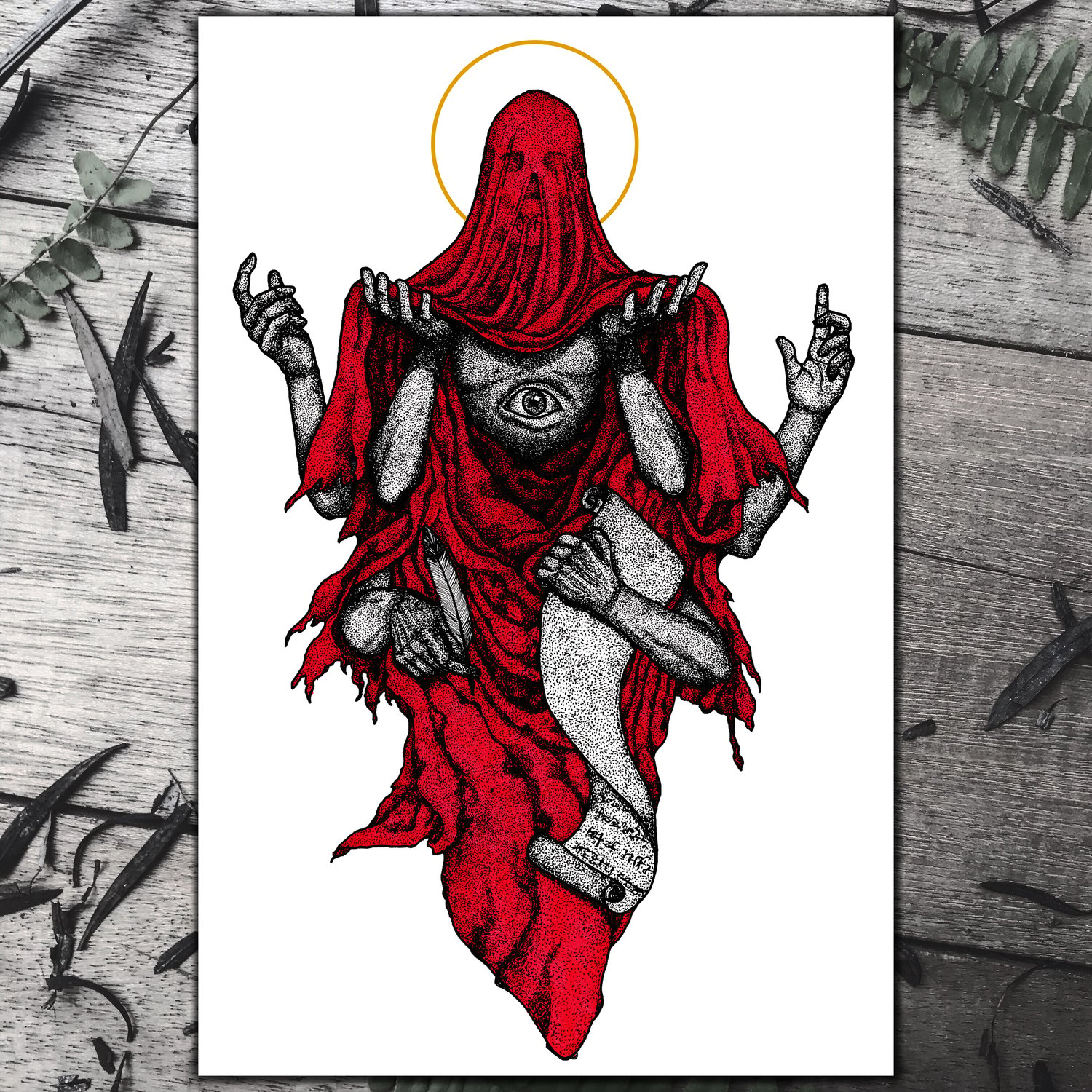 Metatron, Prince of the Veil

Metatron is an Archangel, and is known as the Prince of the Veil. He is among the greatest of the angels in Jewish myths and legends and is believed to preside closest to the Abrahamic God.

Metatron was once the biblical figure known as Enoch, who was taken up into heaven and appointed to be the guardian of all the celestial treasures, and the scribe of God. He was taught all secrets and mysteries and with command of all the angels, he was said to fulfill the commands of god, executing his decrees. Metatron’s duties also included recording the sins and virtues of men and guarding all heavenly secrets.

Metatron’s name was sometimes invoked to ward off evil djinn, demons, sorcerers and other magical threats.